What To Do When Elderly Parents Won’t Listen

You know that your senior mother or father is the parent and you’re the adult child, but that doesn’t mean they always have to ignore what you say. Sometimes talking to your elderly parents is like having a conversation with a brick wall. You want to get through to your mom or dad, but how?

Here are some ideas for what to do when elderly parents won’t listen:

In this post, we’ll help you better understand why your elderly parents may tune you out and how you can finally get them to listen. Even if your senior parents think they don’t need help or just don’t want it, we’ll provide tips for how and when you can step in.

How To Get Elderly Parents To Accept Help

What if you try to broach a difficult subject with your parent(s) and they’re not open to talking? What do you do if they insist they don’t need your help or anybody else’s?

It might be helpful if you try to understand why your parent is giving you a hard time. More often than not, an elderly parent won’t listen because of fear – they are afraid of changing, worried about declining abilities, they are afraid of losing control, or worse.

In many cases, they are likely worried about losing their health, their home, or they fear the other changes that may come as they continue to age.

Remind Them You Only Want The Best For Them

By touching on these fears and giving your elderly parent at least a modicum of control, you may make them more willing to accept help.

If that doesn’t work, try reminding them of why you’re offering them help in the first place. Let them know that it isn’t just you who is concerned – everyone who cares about them only wants to see them happy and healthy. It can be helpful to name some of those people, such as your siblings, their grandchildren or other family members, and friends.

Speaking of family, sometimes you may have to relinquish control and let a sibling of yours take over. It’s not always easy to accept that your elderly parents would rather listen to your brother or sister than you, but at the end of the day, it’s not about who your parents accept help from. It’s most important that they accept the help.

Don’t Talk Down To Them

Talking down to someone will never get you anywhere. Belittling your parent or acting like you are superior (or bossing them around) is only going to make them more stubborn and reluctant to do what you are asking.Instead, be respectful.

Use a normal rhythm of speaking and a similar tone of voice that you would use when talking with friends.

For example: after my mother was diagnosed with a terminal brain tumor, my sister began talking to her in a sing-songy voice like you would for a two-year old. I’m not sure she was even aware that she was doing it, but it drove my father crazy. When she offered to help with my mom, he would often turn her down simply because he didn’t want her to treat my mother like a child.

We know a parent’s behavior can be frustrating sometimes, but you should get further with trying to persuade them that they need help if you treat them like an equal.

Don’t expect your parents to agree with everything you suggest or think should be done.

Giving concessions can help them feel like they still have some control and that you are on their side. If you are constantly on them about changing something or doing something you want them to do, your parents will stop “hearing” you and start ignoring you.

Unless it would be dangerous for your parent to continue without your help or without doing what you are asking them to do, let it go. Save your arguments for the things that really matter, such as health concerns, the potential for injury, or something equally harmful.

Like the Kenny Rogers song says, “You gotta know when to hold ’em, know when to fold ’em.” Sometimes you just have to give up for the time being.

If things get too heated, shelve the topic for another day unless it would be dangerous for your parents if you let it go. Then, when things are calm and your parents are in a better mood, reintroduce the subject.

By then, they will have had time to reconsider and will hopefully be more agreeable to accepting help.

It’s hard to say no to your elderly parents because…well, they’re your parents. However, if they’re especially demanding and difficult, each time you approve of unreasonable requests, you’re just setting a precedent that if your elderly parents ask for something, they can get whatever they want from you.

It’s crucial you set boundaries with your elderly parents, especially if their behavior is excessive. This is for your own sanity.

Also, if your parents have become borderline manipulative (which can happen due to memory loss and/or reacting to lack of control in life), you can stop that behavior in its tracks.

Here are some tips for setting boundaries:

Know When To Say No

First, setting boundaries involves knowing which situations necessitate you saying yes and which you should say no to.

The next time your elderly mother asks you to take her to the bingo hall on a Tuesday afternoon but you’re swamped with work, don’t say yes. However, if she has a doctor’s appointment and can’t get a ride from anyone else, then that is something you will want to help with.

Stick To Your Guns

If you’ve been a yes man or woman all this time, your elderly parent is going to be shocked when you tell them no. They might ask you several times if you really mean it, so you’ll have to repeat no a few times over.

Besides just telling your elderly parent that no, you can’t drop everything to take them to bingo, explain why. You might say something like “I’m really busy with work, so I can’t do this for you today” or “it’s okay if you skip one game of bingo every now and again.”

If you are willing to accommodate their request another day, you should say that. Just make sure you’re not acquiescing to every little whim your elderly parent has.

Let Yourself Feel Guilty, But Don’t Be Guilt-Tripped

When you leave your parent or hang up the phone, you’re going to be wracked with guilt. This is normal, and it’s okay to let yourself feel bad for a while.

That said, don’t linger too long on the feelings of guilt, and especially don’t let yourself be guilt-tripped by your senior parents.

For instance, when you say you won’t take your mom to bingo, she might sound sad and tell you how all her friends will be so disappointed not to see her. This is guilt-tripping, and you mustn’t fall for it.

Do You Have Any Ideas For What To Do When Elderly Parents Won’t Listen?

Although it can catch adult children off guard, senior parents can be surprisingly stubborn. This is mostly due to fears about the changes in their lives and losing control. By understanding why your parents feel the way they do, you might crack the code to getting them to listen to you. If not, then knowing when to let someone else try to help is important.

Have you had to deal with stubborn elderly parents? If so, please help our readers by sharing what you have done to make your interactions easier!

How To Deal With Abusive Elderly Parents – 8 Tips For Caregivers

Why Do The Elderly Get So Angry?

About the Author: Robin Schiltz

Robin Schiltz, RDH is a Senior Home Safety Specialist, with a certification from Age Safe America . In addition, she is a Registered Dental Hygienist, with an AAS in Dental Hygiene from Pueblo Community College in Pueblo, Colorado. and also holds a BS in Accounting from Indiana Wesleyan University in Marion, Indiana.

As a certified Senior Home Safety Specialist through Age Safe America, a caregiver for her own elderly parents, and a dental care provider for an adult/geriatric practice, she has in-depth knowledge of the rewards and challenges that come with caring for seniors.
Para espanol 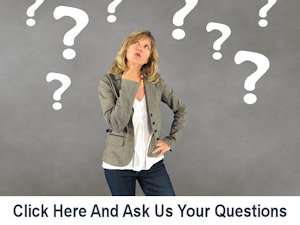