How Do You Deal With Stubborn Aging Parents?

Taking care of elderly parents is difficult, in the best of circumstances.  But, if your parents behave badly and give you a difficult time at every turn, well, the caregiving process becomes even harder.

So, how do you deal with stubborn aging parents? – Realize and accept the fact that your parents are not trying to hurt you.  Try to understand why they are being stubborn and difficult.  Treat them as the adults that they are with full responsibility for their own actions.

The bottom line is that if your parents are of sound mind, then the decisions they make and the consequences of those decisions are their own.  All you can do is help to guide them but you have to realize that you can’t force them.

Of course – I understand that this doesn’t help when it’s YOU that ends up having to bail them out of whatever situation they ended up in because of their stubbornness.  But, there’s really just not much that can be done about that.

The best tip that I can give you is to use all the resources available to you so that you are not the only caregiver.  Spreading the responsibilities amongst a group of people will make the lives of all the caregivers much easier.

Why Are Seniors So Stubborn?

When I worked with my patients, as an Occupational Therapist, I often worked with the family to get as much information about my patient as possible.  I wanted to know what that person was like before they became ill or suffered their injury.

What I saw often is that the illness or injury tended to exaggerate the person’s personality traits.  What I saw were things like…

I coined this the “more so disease”.  However they were when they were younger, they’re only “more so” now.  Of course, this was not the case for every individual, but it certainly was what I saw in the majority of my patients’ cases.

So, what I’m trying to say here is that what you may see as “stubborn” is not actually that.  It may just be that your senior parent is frightened and scared of losing the control that they once had and were so fiercely protective of.

It’s very important that you know that their behavior is not meant to hurt you (at least most of the time).  So, don’t take it personally.

But – whatever the name of the situation is – it still presents the same.

The bottom line is that your parent is difficult and that in turn makes your caregiving difficult as well.

Believe me, I understand.  My mother was fiercely independent and she rarely ever admitted that she was incorrect about anything.  Taking care of her as she aged was so hard that my siblings and I just came to the conclusion that this was God’s way of making it much easier for us to accept her death when it would occur.

I know, that sounds harsh but if you are dealing with an aging parent who presents as persistently stubborn and uncooperative then I think you probably know what I mean and the situation we were in.

What Do You Do When An Elderly Parent Refuses To Listen?

As I said earlier – I can give you 3 tips on how to deal with a stubborn elderly parent who refuses to listen.  These are what my siblings and I learned from our own experience in dealing with our mother who (as I said) was extremely stubborn!

Although it may seem to you that your parents are deliberately doing all they can to make your life miserable – that truly is not the case (at least in most cases).

I do believe that for most elderly adults who are stubborn, their issues could be due to multiple reasons.

2) Try To Understand Why They Are Being Stubborn And Difficult

Listening to your aging parents (even though they may not be listening to you) is a very important part of dealing with stubborn people, whether they are elderly or not.

By listening to their fears, desires and needs you may be in a better position to speak to them and reason with them.  But, you also do have to realize that many issues surrounding matters having to do with aging are emotional.

…people are not rational about many things, especially when it’s an issue that stirs up certain emotions in them. And issues that touch on aspects of our identity, self-worth and autonomy – all of which come up when we’re concerned about older parents — are especially prone to trigger emotional responses. – Dr. Leslie Kernisan on NextAvenue.org

As Dr. Kernisan goes on to say in her article…

You may need to invite your parent to share his or her feelings by saying something like, “I really care about you, and I’d like to make sure I understand more about what you’ve been feeling about this situation.” If you can afford it, consider investing in a few sessions with a relationship therapist or another person trained to facilitate family conversations.

The bottom line is to do your best to put your own emotions aside and focus on the needs of your elderly parent.

3) Treat them as the adults that they are with full responsibility for their own actions.

When all is said and done, your parents are adults.  That means that this is their life, their decisions and their consequences.

I know, I know – their consequences will most likely impact YOUR life.  I get it.  Believe me, I get it.

As I said earlier, my mother was extremely independent and stubborn (she always was) and yes, her decisions did eventually impact us in negative ways.  It was a hard pill for US to swallow but we just came to conclusion that no one can control every aspect of their lives.  We did our best to care for our mother because we loved her – and that was that.

BUT – we did not shy away from discussing with her the impact that her decisions had on us.  We tried to be very careful about not blaming her, we just wanted her to try to see the situations from different perspectives.

How Do You Deal With Stubborn Elderly With Dementia?

If your senior parent suffers from dementia AND they are presenting as stubborn – the best advice that I can give you is that you have to accept the fact that it’s YOU who has to make changes in how you approach caregiving.  In other words, you cannot expect your parents to change.  At this point, they are most likely incapable of doing that.

So, what do I mean by you changing?

At the end of the day, what’s really important in dealing with elderly adults who are suffering from Dementia is to work with them as much as you can.  Acknowledge the fact that sometimes what seems like uncooperative behavior is really YOU forcing them to do something they aren’t willing to do or don’t understand to do.

How To Get Elderly Parents To Accept Help

How did my siblings and I deal with our elderly mother who oftentimes refused help from anyone?

The 4 strategies we used in our family was:

I wrote some more details on these 4 strategies in my article What To Do When Your Elderly Parent Refuses Help.

Some additional tips I can give you is…

Let’s face it – getting older is not for the weak of heart.  It takes strength and courage to grow old and for many adults, it’s overwhelming and difficult.

So, if your parents appear stubborn and uncooperative, try to understand what is causing that.  Are they just being “moreso” of how they have always been?  Are they dealing with dementia or other cognitive problems?  Are they depressed or angry at their situation?

Knowing and understanding what the cause or causes may be will help you to accept your parents as they are.  Then, simply do the best you can to care for them.

About the Author: Esther Kane

Esther Kane is a certified Senior Home Safety Specialist through Age Safe America. She also graduated from Florida International University with a BS in Occupational Therapy. She practiced OT in Florida, Georgia and North Carolina for 10 years. She specialized in rehabilitation for the adult population. Her expertise in home assessments and home safety issues for seniors will help you to make the best possible decisions for your elderly parent or senior that you are caring for. 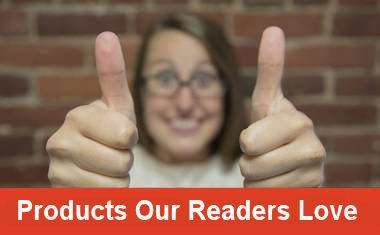 Robin and Esther are the duo behind SeniorSafetyAdvice.com!  We both have years of experience in senior care – Esther as an Occupational Therapist and Robin as a Dental Hygienist and we have both cared for our elderly parents.  In addition, we are both Certified Senior Home Safety Specialists.

Any cookies that may not be particularly necessary for the website to function and is used specifically to collect user personal data via analytics, ads, other embedded contents are termed as non-necessary cookies. It is mandatory to procure user consent prior to running these cookies on your website.